The women behind the 500 companies

They are the “women at the summit”... 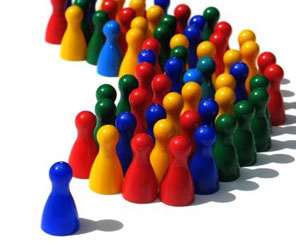 Most have been leading the giant companies in Turkey for years. They have caught the eye through their success in the male-dominated world of business. Their greatest distinguishing characteristic can be summarized as “emotional intelligence”. Women such as Gülsüm Azeri, Esin Mete, Vuslat Doğan Sabancı and Aslı Karadeniz have caught the eye by running companies in the Capital500 for more than five years. There are also those, such as Gülfem Çakmakçı, Candan Karabağlı, Dilek Başarır and Barış Karakullukçu, who have taken over at Capital500 companies in the last year and entered the giants’ league. Hereare the women at the summit and the tactics that have taken them there.

"IT TOOK TIME FOR ME TO BE ACCEPTED"
Gülsüm Azeri heads OMV Petrol Ofisi, the second largest company in Turkey. Today she is the one who is responsible for all of the strategies of this company which has a turnover of TL 19.5 billion. In fact, she has been managing a Capital500 company for 18 years. Azeri, who was appointed CEO of OMV Petrol Ofisi in July 2011, spent a significant proportion of her career at Şişecam. She is remembered as the architect of Şişecam’s success today. Azeri says that it has taken time to be accepted as a woman in the male-dominated world of business. But she notes that what is important now is not if you are a man or a woman but whether you are successful. She has the following to say about the advantages that women have: “Female executives produce CEOs who are patient, result-focused and who give great importance to human values. I think that I have succeeded, both in all my previous posts and in my current position in creating teams with whom I get along enthusiastically.”

"THERE ARE NO OBSTACLES AT TEKFEN BUT THERE ARE IN TURKEY"
In 2103, Esin Mete will complete 40 years of working at Tekfen. Mete served for nine years as general manager of Toros Tarım and in April 2010 was appointed board chair of Toros Tarım and CEO of the agribusiness group. She says that she did not experience any obstacles as a woman at Tekfen. “But I think that there is still progress to be made in this area in Turkey as a whole,” she says. Toros Tarım has an annual turnover of TL 1.2 billion, ranking it 102nd in the Capital500. Mete who has grown Toros Tarım to this size says the following: “We have over 800 distributors, all of them male and the majority of them farmers. To date, I have never experienced any problems as the result of being a woman. If I can create a difference in this process through being a woman, maybe is in being able to delve into the details as well as being able to see the big picture and to be well organized and think practically.”

"WE MAKE A DIFFERENCE THROUGH OUR EMOTIONAL INTELLIGENCE"
Sütaş has been one of the fastest growing companies of recent years. In 2011 it had sales of TL 1.063 billion and a turnover of more than TL 1 billion. Sütaş General Manager Serpil Veral has made a major contribution to this success. Veral began working at the company 23 years ago as a foodstuffs engineer, later becoming assistant factory manager and then quality control coordinator and assistant general manager responsible for production. In 2005 she was appointed head of management systems. Veral explains the special characteristics which bring women to the fore in the business world as follows: “Most women share a detailed, meticulous way of working. One of the most important factors in success in business is emotional intelligence. A woman who can invest in creating added emotional value can create a difference as an executive.”

"WE BRING WOMAN TOUCH TO BUSINESS"
In 2011, Hürriyet newspaper’s turnover reached TL 868.7 million. Vuslat Doğan Sabancı, who has worked for years as board chair of Hürriyet newspaper, has made an important contribution to this success. Sabancı describes the difficulty of being a woman in the business world as follows: “If you are an executive, as a woman you cannot prove just that “you can do it” but you have to work harder than everybody else. There is still a very male-centered culture in the business world. The language used excludes women and sometimes denigrates them. In order to change this way of thinking, you have to correct and warn all the time and fight for every single thing; in short, it is like knocking one’s head against a wall.” Sabancı says that the greatest advantage women have is that they are more hardworking than men and adds: “We bring a woman’s touch to business, what more could be needed? I think that women act with more of a conscience, greater common sense, and more justly and communicate with other through kindness.”

WOMEN ON THE RISE
Dilek Başarır has been general manager of McDonald’s for one year. Başarır manages the 378th largest company in Turkey with a turnover of TL 334 million. Previously she was marketing manager at Anadolu Efes, which has always been one of the 25 largest companies. Başarır says that more women are becoming CEOs in the world as a whole and adds: “I have met seven female general managers in the Asia, Pacific, Middle East and Africa (APMEA) region of which we are part.”

WOMEN IN RETAIL
80 PERCENT OF THE ASSISTANTS ARE WOMEN
Asli Karadeniz manages Boyner, which is one of the largest retailers in Turkey, while Elif Çapçı manages Beymen and Barış Karakullukçu manages Mudo, Asli Karadeniz has been managing Boyner for ten years and says that she has not encountered any obstacles related to her gender during her business career and adds that she would have ignored them if she had encountered them.
“NO OBSTACLE”
Beymen General Manager Elif Çapçı has headed the company for four years, She thinks that women have an advantage because of their ability to predict and empathize, Çapçı says: “I have no doubt that the number of female CEOs will increase. The main basic elements in the increase in women CEOs are the breadth of their experience and their skills in achieving results and team management,"
“BE SOLUTION-ORIENTED”
Barış Karakullukçu has been general manager of Mudo for five years, She explains the difference that female executives make in the business world as follows, “Our nature means that we approach things in a more conciliatory fashion than men, These characteristics give us the opportunity to understand things from a different perspective." 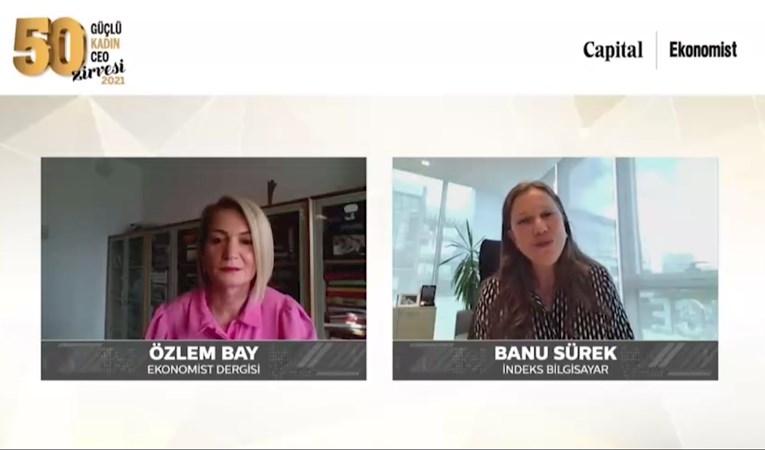