We want to become the Apple of glass

We spoke with Prof. Dr. Ahmet Kirman about managing a global giant and Sisecam’s targets. 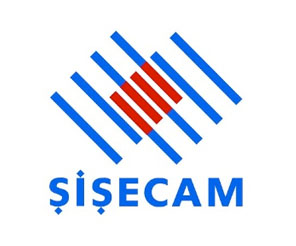 While he was outlining the future of the company, Ahmet Kirman, Sisecam Deputy Chair of the Board and General Manager, shared some incredible statistics. He says that the company will be “one of the three biggest producers in the world”. He underlines that this means that they will “triple in size in the next seven years”. Their targets include achieving a turnover of $10 billion. Kirman says: “Being global is not a financial issue. It is important to be a company which sets, rather than follows, trends in the sector. Like Apple... We also want to become the Apple of glass.” We spoke with Prof. Dr. Ahmet Kirman about managing a global giant and Sisecam’s targets.

Capital: From your perspective, what does it mean to be a global player?
- Contrary to what is believed, being a global player is not an issue of money. It means thinking on a global scale. It means being a multilingual, multicultural organization. All of these are proof that companies cannot become globalized without undergoing a major transformation. In fact, a global company is a company which is constantly changing.

Capital: So what are the advantages and disadvantages of being global?
- The most important advantage accruing from the transition from being a local to a global player is growth and possessing the strength that comes with growth. What we understand by this growth is being a company which sets, rather than follows trends, in its sector. It is not the only example but, because it is very well-known, I would like to cite Apple in this regard. We want to become the Apple of the glass sector. As a result, instead of responding to customers’ current demands, we shall offer products which will make it possible for them to live a more comfortable life in the future. Global companies are saved from the danger of being dependent on a single geographical region and can spread risks. Coming to the disadvantages... it is much more difficult to manage an organization like this. As a result of the company’s size, one has to be nimble and flexible. Even if this appears to be a contradiction.