Companies that are cutting profits will increase prices in 2014 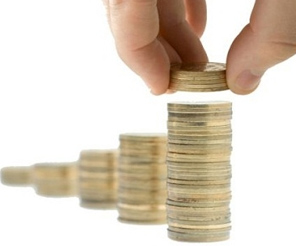 Over the last year, the prices of raw materials have increased considerably. Some inputs, such as processed leather, fibers and petrochemicals, have risen by over 15 per cent. But some producers have only been able to pass on half of these hikes, while others have been unable to pass them on at all... To put it another way, companies have been forced to make sacrifices. Some have given up on profits, while others have focused on productivity and reducing costs. But it does not look as if this situation will continue for long. Because phased price hikes are on the way in several sectors. Many sectors, such as furniture, carpets and shoes, are preparing to raise prices in 2014.

PRICES HAVE SOARED
Plastics heads the list of sectors where production costs have risen the most over the last year. The reason is the price of oil... Sem Plastik General Manager Yavuz Eroğlu says: “We have been affected a lot by the crises in the Middle East. Over the last year prices have risen by an average of 10 per cent, When you add the increase in the exchange rate then the rise in input costs reaches 18 per cent.”

Cosmetics is another of the sectors where input costs are rising to record levels. Neva Kozmetik Board Chair Armağan Okay says: “In a sector where imports account for 99 per cent, for cosmetics producers the turbulence on the markets has been reflected in an increase in prices. There have been increases of 20 per cent in both Turkish Lira and foreign exchange.” Ant Yapi Board Member Mehmet Okay explains input costs in the construction sector as follows: “Over the last year, labor costs have risen by 10 per cent, the cost of iron by 12 per cent and concrete by 15 per cent. For ongoing projects, it was only possible to raise prices by 5 per cent of these increases. To be honest, the market won’t accept any greater increase.”

NOT PASSED ON TO THE CONSUMER
It is not just in construction. The increases in costs are not being passed on to consumers in other sectors as well. The most important reason is the nature of competition. İpekyol Board Chair Yalçın Ayaydın says: “For the last two years we have been trying not to pass increases in costs onto the sales prices of products. Our retail prices have risen by the rate of inflation. But it is difficult to predict what will happen with prices in the future. Just because we have so far developed a strategy of not passing on increases, it does not appear possible to say that we shall do so in the future and that it will be this or that rate.”