Almost one half of the 500 giant companies closed 2012 with double digit growth. 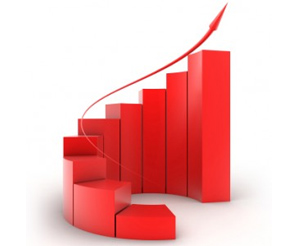 This positive picture will continue in 2013.65.5 percent of the 198 CEOs who participated in our survey were preparing to close this year with double digit growth. Increases in profitability and the number of customers will be the locomotive for this growth. No significant acceleration is expected in exports. There are no plans for acquisitions or entering new business fields. Most are planning to grow by an annual average of 15-20 percent over the next five years. If their calculations are correct, many companies will double their current volumes over the next 3-5 years.The Turkish economy grew by 3 percent in the first quarter of this year, The forecast for the year as a whole is 4 percent. All of the economic discussions are focused on whether or not this forecast will be realized. In such an environment, what kind of year the giant companies had, how they closed it and their projections for the next five years provide important clues to understanding the economy and the direction in which it is heading.

As we leave behind the first seven months of the year, we conducted a 2013 Growth Survey of 198 CEOs. This survey produced some important messages. 65.5 percent of the 198 CEOs who participated in our survey were dreaming of closing this year with double digit growth. Half of these CEOs expect growth of 10-20 percent. 18 percent predict that they will close the year with 0-5 percent growth.

It was striking that the CEOS who were expecting growth of up to 20 percent were executives with companies that are active in the automotives, logistics, fuel and technology sectors. For example, boosted by the launch of new models during 2013, Toyota expects growth of 45 percent this year. Starpet, one of the younger players in fuels, is planning 25 percent growth by the end of the year. The company’s Board Chair Mahfuz Okalin says that at this pace they will increase their market share from 1 percent to 1.5 percent. “In addition, we are aiming to add 200 new employees to our family by the end of 2013,” he says.

Index Group CEO Erol Bilecik says that their targets for the first six months of the year were mainly related to growth in turnover, “I am happy to say that a significant proportion of our growth was turnover-based,” he says. Atlastjet CEO Sami Alan says that their growth during the first half of the year came from turnover, profitability, the number of customers, new products, new services, the number of employees and production capacity. iDO General Manager Ahmet Paksoy says that the 10 percent growth that the company achieved during the first six months of 2012 came from turnover. “This growth in turnover was the result of an increase in passenger and vehicle numbers. We secured a 5.4 percent increase in the number of passengers and a 3.9 percent rise in automobiles,” he says.