An uphevaral in the most popular companies' league 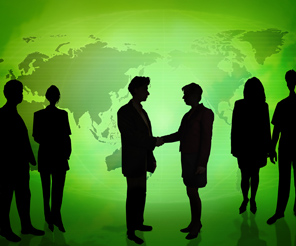 This year, we are publishing the “Most Popular Companies in Turkey” survey for the fourteenth time. The results for 2013 are again full of important messages for the business community... For the first time in six years there has been a change at the top of the rankings. In 2013, Koç Holding, which last topped the rankings in 2006, rose four places compared with the previous year to take top spot.
Click images to see the tables.
As a result of Koç Holding’s extraordinary rise,

Turkcell, which had topped the rankings for the previous six years in a row, became the second most popular company in Turkey. Arçelik moved up one place to third. So which of their companies’ characteristics did the CEOs of the most popular companies like the most? This year we asked them about this for the first time.

THE CHARACTERISTICS THAT TOOK IT TO THE TOP
After a gap of six years, this year Koç Holding is once again at the top of the list of the “Most Popular Companies in Turkey 2013”. So, what does Koç Holding CEO Turgay Durak like most about Koç Holding? Durak notes that the group’s high business ethics, its professional way of doing business and its strong management structure have made it an exemplary corporation both in the Turkey and in the international arena. “Koç Holding’s most important priority, and our greatest pride, is adding value to our country,” says Durak, adding that the characteristic of Koç Holding that he likes the most is its “long-term, sustainable perspective”, explaining: “Continually renewing ourselves in order to do the best possible at every level of our business and giving importance to details are important characteristics that are in Koç Holding’s DNA. We are the pioneers in technology and innovation in every sector in which we are active. This is also an important competitive strength.”

TECHNOLOGY LEADERSHIP
The best-loved characteristics of Turkcell, which was the “second” most popular company in 2013 are its investments in information and technology, Turkcell General Manager Süreyya Ciliv draws attention to these characteristics of Turkcell, Ciliv notes that every day its 35 million subscribers prefer to communicate with the possibilities offered by Turkcell, He explained Turkcell’s best-loved characteristics as follows; “Our basic priority is to provide our customers with the highest level of experience, the most advanced technology and the highest quality communication possibilities on suitable terms, We are living in a new world which is being transformed by mobile technology.