No revision in targets!

Capital’s “Revision 2013” survey, which takes the pulse of the Turkish business community over the first six months of the year, has produced some striking results. 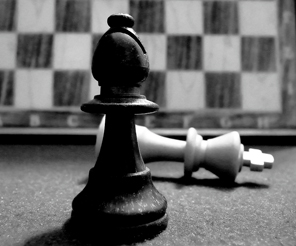 The results of the “Revision 2013” survey indicate that more than half of companies did not make any changes at all in their plans. 53.1 per cent of the 46.4 per cent who did undertake revisions realized these revisions upwards. It was clear that the “Gezi Park” protests, which occurred while the survey was being conducted, did not affect the business community’s plans. The business community is focusing on productivity during the second half of the year and note that revisions will come onto the agenda if there are fluctuations in the economy.

WHY HAVEN'T PLANS CHANGED?
53.6 per cent of the companies which participated in the survey said that during the first six months of the year they had made no change in their targets or their plans, neither upwards nor downwards. There are several reasons why these companies have not made any revisions. These reasons are headed by the fact that they can see ahead very clearly and there is no need for any change in economic prospects. Some companies said that prevailing conditions made any changes impossible,

Ekol Lojistik CEO Tayfun Oktem, who is planning 30 per cent growth by the end of the year, says that there will be no deviation from the targets for this year because the sector is growing very rapidly. Vestel Companies Group General Manager Responsible for Marketing Ergün Güler says that they are moving ahead in line with their expectations for 2013. “There have been no changes in our targets or investment plans,” he says. “We are indebted to our forward-looking system of working for making successful plans which match our expectations.”

THOSE WHO HAVE RAISED THEIR TARGETS
More than half of those who have made revisions according to developments over the first six months of the year have raised their targets. There are a lot of companies which say that everything went much better than their expectations during the first half of the year. The majority of these companies are involved in production. In automotives, particularly in the passenger vehicle market, things went much better than expected during the first five months of the year as sales of passenger vehicles were up 21 per cent on last year. This has resulted in Toyota raising its sales targets.