12 reasons to be hopeful

Here are 12 reasons why the Turkish business community is hopeful... 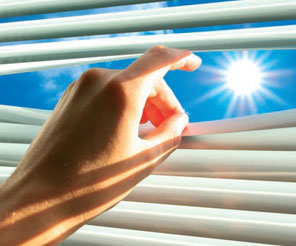 There is a great uncertainty on a global level. Developments in the Middle East, the problems in the Euro zone and the possibility of a global recession are reasons for the entire world looking at 2012 with concern. But the Turkish business world is not pessimistic. Indeed, most of the representatives of the business community list a lot of reasons to be look at 2012 with hope.
Foreign capital inflow will accelerate
One of the most widespread expectations for 2012 is that Turkey will be a safe harbor. Boyner Holding Board Chair Cem Boyner says: "There could be a significant inflow of foreign capital in 2012." Zorlu Holding Board Chair Ahmet Nazif Zorlu also says that he expects Turkey to grow by 3-4 percent in 2012 and to attract the world's attention.

New opportunıties will appear
It looks as though there will be new investment opportunities for Turkish companies in 2012. Many companies are expecting the New Year to bring them new opportunities. Doğan Holding Deputy Board Chair Yahya Üzdiyen says that 2012 will be a year of growth for them and adds: "We are continuing to look for alternative fields for investments. The crisis will bring us new opportunities."

Competiveness will increase
The turbulence on foreign markets has brought Turkey's competitiveness to the fore. Yeşim Tekstil CEO Şenol Şankaya says that, as a result of the crisis in Europe, the ready-wear and clothing sector has begun to receive more short-term orders. Vestel Board Chair Ömer Yüngül says that many producers will have to cut back on production as a result of low demand and price pressure.

Investment needed!
The need for investment in many sectors will drive the growth of sectors in 2012. GAMA Holding Board Chair Ergil Ersü says that investments will continue at full speed in 2012. It is a similar picture in aviation... TAV Airport Investments and Business Development Director Serkan Kaplan says that the continuation of the increasing corrections in the aviation sector over the last two years is the reason that he is hopeful about 2012.

Large appetite in foodstuffs
Companies in the foodstuffs sector are entering the New Year much more comfortably than many other sectors. Esas Holding Foodstuffs Group President Babür Çelebi believes that the market will continue to grow in the New Year. "We have a large domestic market," says Çelebi and lists the factors growing the market as a young population, a rise in income levels and an increase in private expenditure. TAB Foodstuffs CEO Caner Dikici is of the same opinion about growth.

Margins will be corrected
The basic performance indicators in refining are changes in the refinery margins. Tüpraş General Manager Yavuz Erkut forecasts that developments which have a negative effect on refinery margins and which are not based on real prices will disappear in 2012. There are also expectations of a correction in margins in the insurance sector. Officials from Anadolu Sigorta hope that the Turkish insurance sector will achieve healthy growth as a result of the legal amendments that will be implemented in 2012.