Its was a mistake to have too much confidence in myself

The result was an interview filled with lessons to be learned. Here are the details. 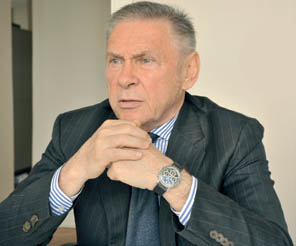 At one time, he was the most successful banker in Turkey. He introduced many firsts to Turkey. The rise of this entrepreneurial businessman went into reverse on 15 March 2001. On that day, İktisat Bankası, which he owned, was seized. At the moment he is completely unemployed. He is trying to get back the companies he lost. In his own words, he is working as “a lawyer”. When he looks at the past, he says: “Yes, I made mistakes. I had a little too much confidence in myself.” We spoke with Erol Aksoy, who was once a “star banker”, about his business career which started as an intern in America, his successes and his mistakes. The result was an interview filled with lessons to be learned. Here are the details.

Capital: Where, when and under what conditions did you begin your professional career?
- In fact, I began at university. I was studying electrical engineering at MIT and in the summers I used to work at IBM in New York. My first job was as a systems analyst. When I finished my 18 months military service, I went back to IBM. When I returned I started in the personnel department, which
was to have a radical impact on the rest of my life. Because this department contributed a lot of things to me. I learned how personnel policies were implemented.

Capital: When you finished your MBA, did you decide to return to Turkey?
- No. I had the opportunity to work at McKinsey or at the World Bank. I chose the World Bank. When I was working there, two things happened which I will remember for the rest of my life. The first was the Africa Animal Husbandry Project. I calculated that the profitability rate for this project was 13 per cent. But the manager suggested that I calculate profitability rates at 9 to 11 per cent. When you make tiny changes in the data in programmes which have a lot of variables, profitability rates of 15 per cent can easily fall to 9.5 per cent. Ever since that study, I have been sceptical about every kind of projection that has been put before me. The second incident was meeting Turgut Özal one day in the cafeteria. Afterwards we began to meet frequently. He suggested that I work in Turkey. Indeed, he even wrote letters of reference for me. One of them was to Rahmi Koç. Later I came to Turkey and I spoke with three important businessmen and received offers. But I did not accept them because I wanted to gain more business experience in America. Later, when my father passed away, I returned to Turkey because my mother was alone. I became financial affairs coordinator at the Koç Group. I remember it very well, I began at the Koç Group with the highest salary.

Capital: So how was your time as a young general manager at Garanti Bankası?
- At that time there was a system at Garanti Bankası that was known as the “super system”. I thought that we needed to get new technology from America and signed an agreement with the Bank of America. We changed all of our technology. At the beginning, all of the bank inspectors were against this new system. They said that it could miss things, but I remained committed to the system. Then we adapted Garanti Bankası to export and foreign trade financing. We developed loan marketing and when we said “We are selling loans”, people used to ask “How can loans be sold?”